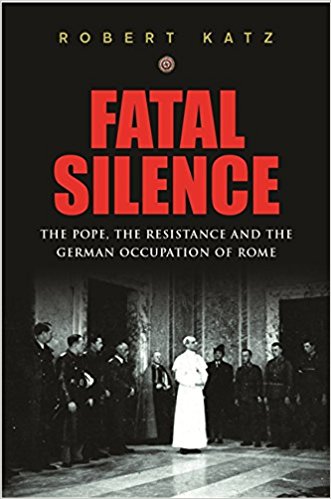 SKU:
$12.90
$12.90
Unavailable
per item
This is the epic story of the brutal occupation of Rome by the Germans after the fall of Mussolini in July 1943 up to the capture of the city by General Mark Clark in June 1944. Swelling to nearly twice its usual size with more than a million refugees from the countryside, Rome became a city of spies, double agents, informers, torturers, escaped Allied war prisoners, hunted Jews and hungry people. The city was the focus for four groups, each anathema to the others: the Allies, trying to capture Rome as their first shining prize of the war but discovering impregnable armour instead; the Germans, trying to throw the intruders back into the sea, holding Rome hostage and using it rapaciously as a supply line to the front; the Pope, trying to bring the West and the Germans to terms and save the world from Communism and the Vatican City from destruction; and the partisans, trying to redeem Italy's honour by making Rome untenable for the occupiers.

Review
'Robert Katz's moving account of Rome under Nazi occupation... cites new evidence indicating that Pius deliberately stifled even a mild but perfectly feasible protest in the case of the roundup. He also shows convincingly that there would have been no reprisal following a papal protest, and that the arrested Jews might have been saved by placing them in a forced labour scheme inside Italy... meticulous scholarship.' -- John Cornwell SUNDAY TIMES 9 November 2003 'Katz brings the daily grind of the occupation vividly alive... he rescues forgotten stories of individual courage... Katz has a novelist's gift for narrative... this is popular history at its best, with its many strengths and occasional drawbacks.' NEW STATESMAN 13 October 2003 'The first book to draw on the intelligence files of the OSS (Office of Strategic Studies) - held secret by the successor agency, the CIA, until 2000 - as well as newly declassified documents from Italian and Vatican archives, the work is further enhanced by the author's interviews with survivors over many years.' THE UNIVERSE 12 October 2003

About the Author: Robert Katz is the author of nine works of non-fiction, including DEATH IN ROME (published in nine countries) and DAYS OF WRATH (about the kidnapping and murder of Aldo Moro, the Italian statesman), which was nominated for a Pulitzer Prize. He now lives in Tuscany.