The subject of this painting collection is the seventieth anniversary of the Right of Women to have a vote in our country. This should be the occasion to remind everyone that the rights we enjoy today are the consequence of a series of battles, not only cultural battles but also of bloody strife and it is the result of sacrifice, no only of freedom but loss of life for numerous men and women.

The Resistance during the II world war was also the revival of the female sex, for the first time they found themselves fighting side by side with men.
Logically - even though not automatically - as a consequence of this participation was the acknowledgment of the active and passive right to take part in the election, up until that moment the possibility of voting a representative or being elected was excluded.
The "first time" for women to vote in Italy was in the Institutional Referendum of June 2nd, 1946.
​We like to think that the Republic is the daughter of a female vote. 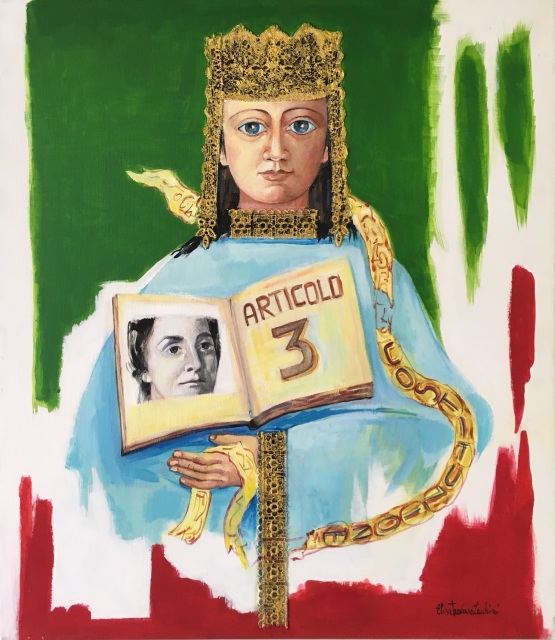 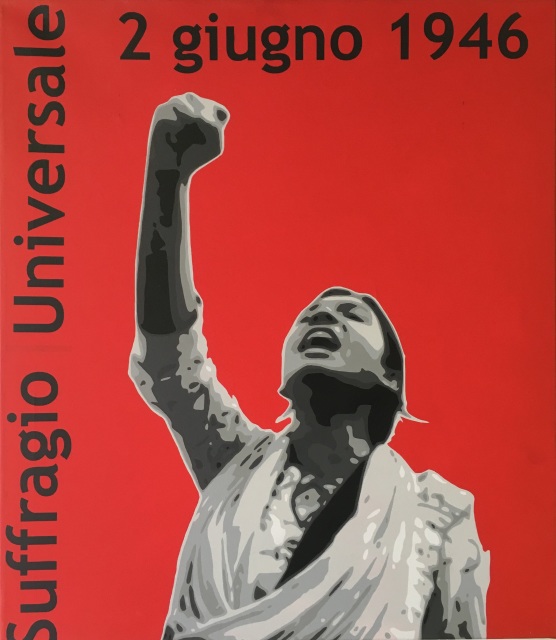 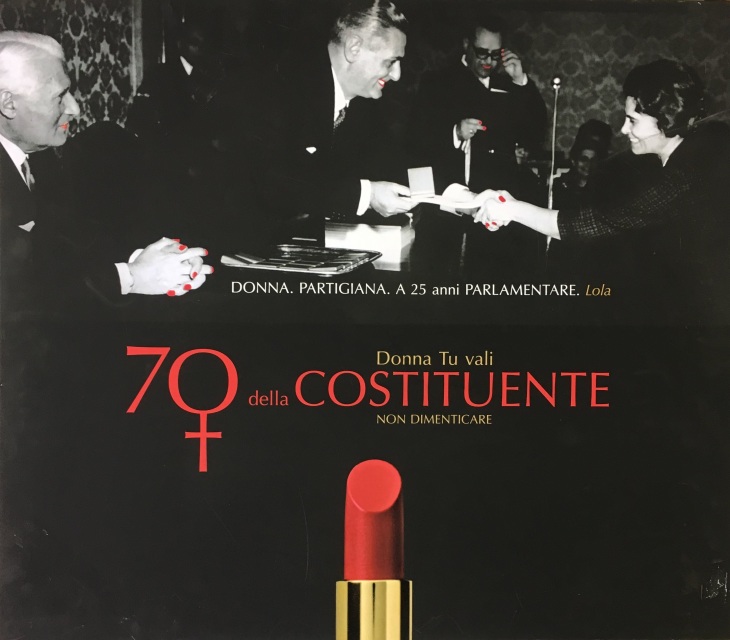 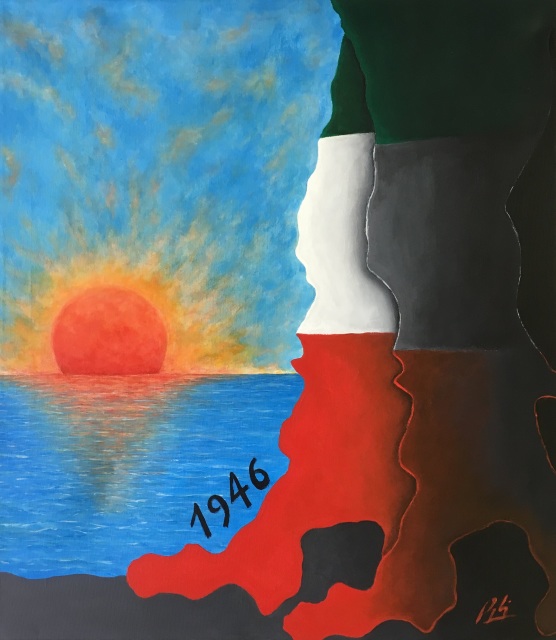