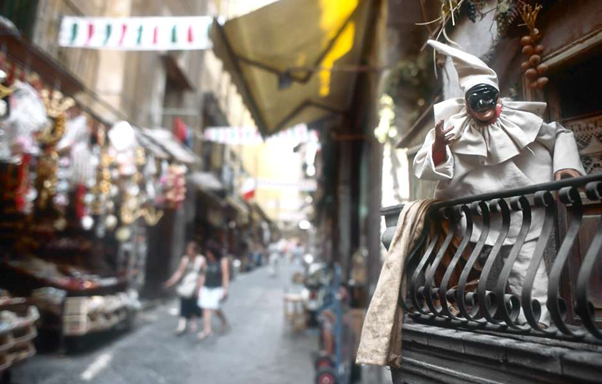 Naples - Highlights of the historical center (April 10th at 10am)

The tour starts in Piazza Bellini with the origin of Greek Naples and part of its ancient walls. The admire a unique church façade at the Gesu’, the church of Santa Chiara, medieval San Domenico, the famous spaccanapoli (Naples Breaker) street of Roman times, then the area of San Gregorio Armeno with its presepi (nativity scenes) shops. The tour then ends by the church of San Paolo Maggiore and next to the underground area of Naples.

FUN FACT#1: The pizza is probably Naples’ most famous contribution to the world food. Did you know that the Pizza Margherita was named after a Queen?

FUN FACT#2: The gelato wafer cone was invented in Naples. It served both as a practical and delicious purpose.