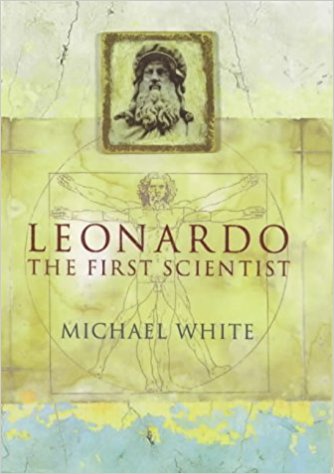 SKU:
$10.90
$10.90
Unavailable
per item
This book is both a revelatory biography and an accessible study of Leonardo's life and multi-faceted work as a scientist and engineer. It covers all aspects of the man's life but is also a re-interpretation of the voluminous evidence to paint an original picture of Leonardo da Vinci not only as the archetypal polymath, but as the first true scientist. Topics include:* A detailed investigation of how Leonardo's manuscripts and notebooks were lost to the world and kept secret during his own lifetime and how this altered the progress of science.* A thorough analysis of his work as a scientist and how he predated many of the great figures of the 16th and 17th centuries, including Galileo, Kepler, William Harvey, Francis Bacon and Isaac Newton.* Leonardo's legacy -- what did Leonardo leave in his notebooks and how may they be viewed in the light of modern scientific understanding? What did he achieve in science?


Editorial Reviews
Review Wholly fascinating. * INDEPENDENT * By focusing on the motivational aspects of science, White successfully expands the definition of the term "scientist" . . . [Leonardo's] spirit is present in White's careful scholarship and independence of mind * TES * A lively and often informative book * SUNDAY TIMES * White's level-headed assessments of the scientific content of Leonardo's surviving works are characteristically clear and easy to follow . . . [White] sifts fact from opinion in the works of his predecessors, and conveys his own enthusiasm and admiration for his subject * LITERARY REVIEW * --This text refers to an out of print or unavailable edition of this title.

About the AuthorMichael White is a former science writer for GQ magazine. In a previous incarnation he was a member of the Thompson Twins pop group, before becoming a full-time writer in 1991. --This text refers to an out of print or unavailable edition of this title.