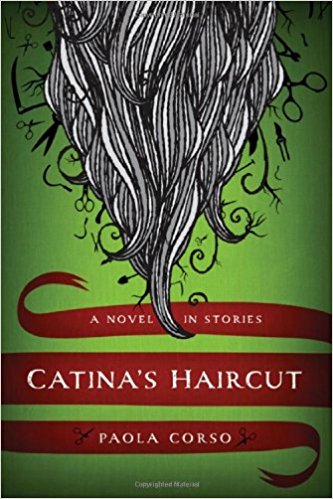 SKU:
$15.90
$15.90
Unavailable
per item
Catina’s Haircut: A Novel in Stories spans four generations of a peasant family in the brutal poverty of post-Unification southern Italy and in an immigrant’s United States. The women in these tales dare to cross boundaries by discovering magical leaps inherent in the landscape, in themselves, and in the stories they tell and retell of family tragedy at a time of political unrest. Through an oral tradition embedded in the stone of memory and the flow of its reinvention, their passionate tale of resistance and transformation courses forward into new generations in a new world.
A woman threatens to join the land reform struggle in her Calabrian hill town, against her husband’s will, during a call for revolution in 1919. A brother and sister turn to the village sorceress in Fascist Italy to bring rain to their father’s drought-stricken farm. In Pittsburgh, new immigrants witness a miraculous rescue during the Great Flood of 1936. A young girl courageously dives into the Allegheny River to save her grandfather’s only memento of the old country. With only broken English to guide her, a widow hops a bus in search of live chickens to cook for Easter dinner in her husband’s memory. An aging woman in the title story is on a quest to cut the ankle-length hair as hard as the rocky soil of Calabria in a drought. A lonely woman who survived World War II bombings in her close-knit village, struggles to find community as a recent immigrant. A daughter visits her mother’s hill town to try and fulfill a wish for her to see the Fata Morgana. These haunting images permeate Corso’s linked stories of loss, hope, struggle, and freedom.
An official selection of The Sons of Italy® Book Club
Best Books for General Audiences, selected by the Public Library Association


Editorial Reviews
From Publishers Weekly: Corso follows an Italian family through four generations from the Calabrian town of San Procopio to Pittsburgh in this fable-like follow-up to Giovanna's 86 Circles. In œThe Rise and Fall of Antonio del Negro, Antonio and his wife, Celina, are killed during a socialist uprising in1919 San Procopio, Antonio in a fall from his roof, Celina from a stray bullet.. Only Celina's vision of the family someday owning their own land gives her 11-year-old son, Giorgio, the strength to overcome his fear of heights to climb up to the roof where Celina lays mortally wounded. Celina's vision of the land becomes the unifying factor for all these characters. œSt. Odo's Curse finds Giorgio, now married with a family of his own, loath to leave their struggling farm for America, as his wife wishes, even though, in the summer months, crevices open up suddenly in the earth and œswallow up pedestrians. The elements are just as unforgiving in America, the del Negros learn in œHell and High Water, during the 1936 flood in Pittsburgh. Through each generation, the family's tribulations take on near-mythological weight, until Celestina's grown daughter, Celeste, returns to San Procopio. Though the heavy focus on family legend begins to feel claustrophobic, the stories, individually, find moments of inspired, ethereal revelation.
Copyright © Reed Business Information, a division of Reed Elsevier Inc. All rights reserved.

From Booklist: Beginning in the early twentieth century, this story cycle follows four generations of a family from the Italian village of San Procopio, where the poor but tightly knit population become involved in a revolutionary movement, to urban Pennsylvania, where the younger generations make a new life. The first two stories demonstrate how the determined family was forced out by the poverty of the mountainous soil destroyed by a long drought and then succeeded in Pittsburgh, supported by family legends and strengthened by the transplanted community from their home village. Included among tales of the Del Negros is one story of a Calabrian couple who has moved to the suburbs, while the story of Catina, whose uncut hair makes her a neighborhood legend, seems more like a tall tale than a true depiction of immigrant life. The stories are arranged chronologically, and itisn’t always clear if all the fiction is about the Del Negro family—making the book less cohesive than a novel. This compositional weakness will affect reader appeal. Recommended for libraries with readers of Italian fiction and books about immigration. --Ellen Loughran