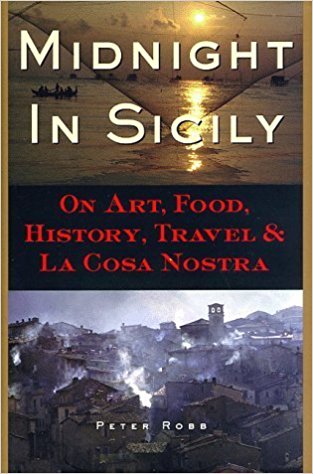 SKU:
$14.90
$14.90
Unavailable
per item
From the author of M and A Death in Brazil comes Midnight in Sicily.
South of mainland Italy lies the island of Sicily, home to an ancient culture that--with its stark landscapes, glorious coastlines, and extraordinary treasure troves of art and archeology--has seduced travelers for centuries. But at the heart of the island's rare beauty is a network of violence and corruption that reaches into every corner of Sicilian life: Cosa Nostra, the Mafia. Peter Robb lived in southern Italy for over fourteen years and recounts its sensuous pleasures, its literature, politics, art, and crimes.


From Publishers Weekly
This is not a travel book, but rather a sophisticated attempt to make sense of the on-going prosecution of the 78-year-old seven-time prime minister, Giulio Andreotti, and of the intimate ties between the mafia and postwar Italian politics. An Australian by birth, Robb is not just parachuting in to gawk at the corruption that traded in votes, money, government contracts and even assassinations. A longtime resident of Naples, Robb adeptly puts the elusive world of organized crime (both Neapolitan and Sicilian) in a historical context that stretches back to the 19th century. In Sicily, however, organized crime is not an isolated institution and its pervasiveness is suggested by Robb's brilliant interweaving of writers such as Leonardo Sciascia, Giuseppe di Lampedusa, Pier Paolo Pasolini and the artist Renato Guttuso. Many artists saw a connection between the rich food of Sicily and the mob, which Robb expertly exploits, even repeating an ironic quote from Andreotti himself: "I found myself with my stomach full of marvelous but terrible food, the pasta con le sarde, the cassata and not only did I not understand a thing there but I was ill too. I wonder whether there's a connection between food like this and the growth of the mafia." Those who treasured Excellent Cadavers, Alexander Stille's magnificent study of magistrates Giovanni Falcone, Paolo Borsellino and the mafia "maxitrial," will appreciate Robb's epic story of evil and nobility.

From Library Journal
The Mezzogiorno, or southern half of Italy below Rome, has always been considered exotic, untamed, and vaguely dangerous. Its people are a mix of Mediterranean and North African, with food, culture, and traditions that are mysterious and exotic to even its close northern compatriots. Robb (The Concept of Race in South Asia, Oxford Univ., 1997), a native Australian, lived in Italy for more than 14 years and writes an entertaining and richly textured expose of the place during those times. Having resided mostly in Palermo, he offers firsthand accounts of life there that include goings-on with the Mafia. He also gives insight into events of the mid-1990s, when seven-time Italian prime minister Giulio Andreotti came to trial for corruption and murder; his association with organized crime has led to a continuing social and political tumult that has affected even the Vatican. In this richly detailed work, one feels the heat and tastes the canoli that the author describes. Robb currently lives again in Melbourne, where he has written for the London Review of Books and the Times Literary Supplement. Recommended for Italian study collections.?David Nudo, "Library Journal"
1 available
Add to Cart